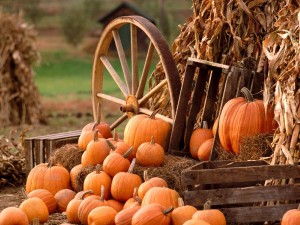 Fall has always seemed more of a season of starting over to me than the New Year. It’s possible this is because my birthday is so close to the start of fall, or perhaps because that’s when a new school year starts. Whatever the reason, I always feel like this is the time to start over if you would like to; this is the real season of change. I just love this time of year; I love the colors, the leaves, the smells, bonfires, hoodies and pumpkin spice EVERYTHING. I love Halloween and Thanksgiving. I love the excitement of starting new classes (yes, I am a nerd, deal with it) and thanks to the gorgeously mild weather we’ve been having this week, I can already feel fall coming.

You know that feeling you get when you know a change is coming? You may not even know exactly what that change is, but you can feel it coming deep in your gut. You know something is about to happen. I’ve had that feeling a lot this week and part of it may be due to the feeling of fall coming, or maybe it’s just the fact that these are the last weeks of an entire decade of my life. Next Saturday I’ll be turning 30, which all of a sudden seems like a really big deal. I usually don’t feel any older after a particular birthday (after all you’re only really a day older, not suddenly a full year older than you were the day before) but within the last month I’ve been feeling like this is a big one – once I turn 30 I will definitely be older. I won’t be in my twenties anymore. I’m going to be 30 and suddenly I feel like that means I have to be a grown up (at least, more of a grown up than I have been for the last 29 years of my life).

This has had some interesting side effects. Such as, deciding I want a new wardrobe (which I can’t afford) and it’s time to clear out my closets (which was a pointless endeavor, since I talked myself out of getting rid of almost everything in there). A few weeks ago I decided I wanted a tablet and therefore purchased an iPad as an early Birthday gift. The iPad will come in extremely useful for studying and other funtions, so I do not at all regret that decision (I love it already) however, I also decided since I was turning 30 years old it was time I finally owned a Coach bag (not nearly as useful or responsible a purchase, however I did by it used off Ebay, so I still saved a lot of money). Is there such a thing as a one-third-life-crisis? Because I think I’m experiencing it.

Not only will I be turning 30 next weekend, but I will also be starting my last semester of grad school. Therefore, I need to start planning what to do next. Once again I’m faced with that same I-Have-No-Idea-What-To-Do-With-My-Life anxiety I had nearly 10 years ago when I graduated with my Bachelor’s degree. Will I be able to find a job? Will I be able to make enough money for my student loan payments? Will I FINALLY be able to move into my own apartment? (Seriously, that one is at the top of my list of priorities as soon as I can afford it.) What if I fail? What if I can’t do any of those things? What then? I had forgotten what it feels like to be nearing the end of school and realizing you have to actually DO something with the degree you’ve earned and go out into the “real world.”

However, despite all these anxieties about school and turning older I have this feeling of excitement about what’s coming. I don’t know what that is but hopefully it turns out to be something good. I recently read an article by actress Olivia Wilde in which she talks about turning 30 and gives her own advice and she closed the out with this: Saturn has now orbited the sun once since you’ve been alive; make this next go-round whatever you want it to be. Consider your baggage (bad boyfriends, job setbacks, body issues) lost by the airline of life, leaving you empty-handed at your new destination with only one choice: Go shopping … Now go—be awesome.” (You can read the rest here).

So that’s what I’ve gonna do. Unlike many who might freak out about this particular milestone of live, I’ve decided to embrace it because I have a feeling this decade may be the best one yet. It’s going to be awesome.

1 thought on “Season of Change”