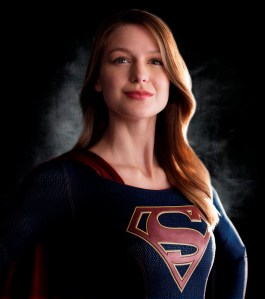 I may have already found my favorite new series for Fall 2015.

When I heard the Supergirl pilot had been leaked I was immediately intrigued. This is one of the new series I’m most excited about next fall, and I can’t wait to see what the show is like. I tried to be patient and respect the cast and crew by waiting (as I’ve done before for similar leaks of Game of Thrones, Teen Wolf and Doctor Who) but ultimately I couldn’t resist – I needed to know if the show was going to live up to my hopes. I justified my curiosity by promising to still watch the episode live when it premieres in November (that’s 6 months away! I’ll definitely need to refresh my memory by then) and encourage as many people as I can to give it a chance when it finally premieres.

A few weeks ago when the first trailer for Supergirl was released, there was a lot of positive feedback, but also a lot of criticism. I personally was very excited after the first trailer – I cannot wait to finally have a superhero show starring a female superhero. I think The Mary Sue argues my thoughts better than I could when it comes to the criticism and all the people who are comparing the original trailer to the Black Widow Saturday Night Live sketch. I honestly don’t understand why people think a female superhero can’t be the least bit girly. I love Black Widow; I love that she’s strong and independent and not girly – but that doesn’t mean that strong independent women should never be girly. I appreciate that Supergirl is a girl and occasionally acts like one. She freaks out about what to wear on dates, she gets a little tongue-tied when meeting her hot new co-worker for the first time. We all do that at some point, it doesn’t lessen who we are or diminish our strength. I’m hoping maybe Supergirl will be able to show us that you can be a girl and awesome at the same time.

But enough of that soap box. Let’s get to what you really want to know – what did I think of the pilot?

I am going to make this as spoiler-free as possible, because I don’t want to ruin it for the five people who haven’t downloaded and watched already. (By the way, if you’re waiting until fall to view it, I admire and respect your willpower.) I really enjoyed this episode, and it made me even more excited about the series. It’s definitely a pilot in that there’s a lot to introduce and set up, but I think they did a fairly good job of balancing things out (and I’ve definitely seen far worse pilots that have gone on to become great shows). Also, for those who hated the trailer (though I still don’t understand why) you may be relieved to know that most of those type of scenes were what you saw in the trailer. The rest of the episode has more substance to it.

I enjoyed Melissa Benoist as Kara. She may be a little dorky and awkward, but so am I. The fact that Kara is a bit of a dork, but is also a superhero made me love her even more because I can identify with her more human qualities. I also loved that while she’s beautiful, she looks like a normal girl, not an anorexic supermodel, the way so many female superheroes are depicted in comics. This is definitely someone younger girls can look up to and with whom older girls can empathize.

The supporting cast and characters were enjoyable as well. Kara’s best friend Winn seemed a little bit of cliche (the one time when I can see arguments about the series being rom-com-esque being valid) so I’m hoping to see more character development there. Calista Flockhart was terrific. She may have been one of my favorite aspects of the pilot. I also really liked Jimmy – I mean James – Olsen. I was worried they would immediately try to set up a a romance between Kara and James, but it wasn’t left that way at the end of the pilot and I appreciated that.

I was also really excited about the final scene. I don’t want to give away any spoilers, but if they’ve done what I think they have, it could potentially be awesome (though I’m sure countless fanboys everywhere will immediately and vehemently disagree).

If I had one complaint about the episode it would be the extraordinary lengths they went to in dialogue not to say the word “Superman.” He is very much a presence throughout the episode, with glimpses of him in the beginning and frequent references made to Metropolis’ hero, but never once was he actually name-dropped. He was referred to as the Man of Steel, but never Superman. I don’t know if this was a decision, or if they just cannot say his name, but I would think if it was because of the films there would have been a lot more restrictions, such as the use of “Kal El” and “Man of Steel” and other direct references. But no, just Superman appears to be embargoed.

The frequent use of the emphasized “HIM” (which was literally emphasized every time, to make sure everyone knew to whom they were referring) or “my/your cousin” when it wasn’t really natural in conversation became a little distracting (to the point where I considered counting how many times it happened). The emphasis also made it feel like Kara was constantly being compared to her more famous cousin – as though she couldn’t exist independently from him. Hopefully this isn’t a trend that continues – I expect her journey will include breaking out from her cousin’s shadow.

Update: It was brought to my attention that “Superman” was used once in the beginning of the episode, so I went back and rewatched and indeed, during Kara’s monologue she states that her cousin had already revealed himself as Superman before she arrived on Earth. However, this just makes me more annoyed with how far out of their way they went to avoid using Superman throughout the rest of the episode. If they could use it once, why not again? Not that I expect them to use it all the time, but one or two more times would have made it a little less awkward. I mean, if I’m talking to a friend about their cousin I use their cousin’s name; I don’t say “your cousin” unless I have absolutely no other name by which to refer to them. And the frequent Him still makes it sound like they’re emphasizing his gender or putting him on a pedestal above Kara. While my statement that they never use Superman may be technically inaccurate, I stand by my opinion that the constant avoidance was distracting and irritating.

Overall I think this was a solid start for the series and I can’t wait for fall to see where it goes from here. It’s not perfect – there a few things to smooth out (namely that rom-com feel that so many are concerned about and for crying out loud, if you’re not going to say Superman, then at least find more natural ways around it!) but keep in mind, Greg Berlanti‘s other DC creations, The Flash and Arrow, each had their own bumps in the first season, so I’m going to remain optimistic. For those waiting until fall to see the pilot, I think it’ll be worth the wait (and I hope you agree when you see it). For those who are as impatient as I am, and enjoyed the pilot as much as I did – don’t forget to watch again in the fall. The show won’t last long without ratings to back it up.

If you have already seen it, what did you think? Let me know in the comments! (Try to avoid spoilers for those who are patiently waiting until fall!)

And for those few who haven’t even seen the trailer yet, here you go: