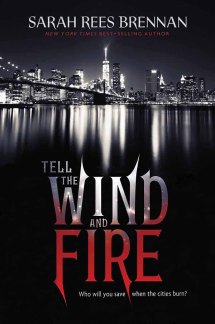 In a city divided between opulent luxury in the Light and fierce privations in the Dark, a determined young woman survives by guarding her secrets.

Lucie Manette was born in the Dark half of the city, but careful manipulations won her a home in the Light, celebrity status, and a rich, loving boyfriend. Now she just wants to keep her head down, but her boyfriend has a dark secret of his own—one involving an apparent stranger who is destitute and despised.

Lucie alone knows of the deadly connection the young men share, and even as the knowledge leads her to make a grave mistake, she can trust no one with the truth.

Blood and secrets alike spill out when revolution erupts. With both halves of the city burning, and mercy nowhere to be found, can Lucie save either boy—or herself? (Goodreads)

It’s always disappointing when a novel just doesn’t live up to your expectations, which was certainly the case here. The premise sounded so interesting, but it just really failed to live up to it’s potential.

One of the aspects of this novel that bothered me the most was the lack of explanation for the magic. The book mentions that it was discovered, but never how. There’s a definite lack of organization for the magic system and that bothered me. The one good thing about it was the way the price is paid for using magic. This created an almost symbiotic relationship between dark and light magic users – while the light magic users feel superior to the dark, they still need them in order to avoid being burned up by their magic.

Lucie was terrible. Though to be fair, maybe it wasn’t so much Lucie as the way her relationship with Ethan was written. Everything about the romance was overly dramatic and sappy (in my opinion) and really just detracted from the story for me. I appreciated the fact that this wasn’t just a girl meets boy and immediately falls in love story (in this case the girl is already in love with the boy) but I thought everything about the romance was way over-the-top. The one thing I did like about this romance was that there wasn’t a love triangle between Ethan, Lucie and Carwyn. This sort of love triangle has been overdone since popularity of The Vampire Diaries and I was very relieved when this book did not take that route.

The one thing I did like was where the title of the book comes into play. I was completely confused as to what the title had to do with the story, but it’s a nice tie-in when you finally learn where the title comes from. It’s not anything mind-blowing, but I enjoyed that.

I think what it ultimately boils down to is that I just never found myself getting invested in the characters. I never liked any of them enough to really care about what happened to them. Which is unfortunate, because I know the ending of the book should have evoked a much stronger emotional response, but by that point I just wanted the book to be over.